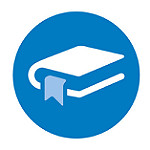 Time To Read is a unique collaboration between the North West library authorities to promote reading for those aged 16 and over via shared projects, promotion, news and best practice. Its origins can be traced back all the way to 1996. Membership of the partnership fluctuates but currently numbers 22 out of the 23 eligible services, each paying in an annual subscription which covers a part-time co-ordinator and such things as meetings and promotions.

Right, that’s the introductory stuff. So what do we actually do?

Well, first off, Time To Read provides a network for the reading development officers of each council to get together, be it bi-monthly in meetings or online, in order to keep abreast of what is going on in the region, share best practice and work on joint projects. Nowadays, it’s really easy for library staff to work in isolation in their own authority, so the partnership gives a chance for people to get to know each other and get hot tips on, for example, which authors are really good and which to perhaps avoid. The regular business meetings are often supplemented by training sessions in the afternoon where it’s lovely to see everyone laughing and joking over lunch. This is the way strong networks are made.

The thriving website is the shop window for reader events in North West libraries comprising all sorts of things. Highlights are:

Then there’s the projects. The one which I have been most involved with so far has been the Jane Austen one, jointly funded with Arts Council England. This has three rather good strands to it. The first was the specially created Travelling Letter Exchange that visited libraries and invited the public to write a “letter to Jane”. The letters – all beautifully printed by artist Laura Jamieson – were then collected, digitised and exchanged with letter writers from other library services. There’s been some lovely feedback and, excitingly, the letters are now on their own webpage and have their own Twitter account. Most of the letters have a gentle humour and give insights into life in the North West one just would not get anywhere else:

“Dear Jane, I live in Lymm with my husband and two sons. Tonight, as a treat, we had fishfinger sandwiches for tea. The boys had tomato ketchup on theirs but I made mine a bit posher by having coleslaw. I love walking and reading. Not at the same time. Yours sincerely, Helen.”

Then the theatre company LipService were commissioned to deliver a specially written Jane Austen show, which toured the region (we do touring a lot in the NW).

Thirdly, linked to both of these, has been extensive work on how to evaluate the project plus professional training on various quantitative and qualitative techniques. There is quite a lot of variety between different library services so this should produce some very useful evidence on the impact of various approaches. For example, some services charge and some don’t, so it will be interesting to see how that affects take-up and user satisfaction

This was a large-scale project but, in the past, there’s been all sorts of similar collaborative things going on like a specially commissioned video on the Magic of Libraries, Try Reading (linked to the Rugby World Cup) and co-ordinating the Celebrating Shakespeare events.

For 2018, we’re aiming to get together a single reading promotion for the whole region called the Great North Western Read. Based on similar projects like CityRead London, the aim here is to leverage the power of the 300 or so libraries and all their regular users to gain publisher and media support to get people talking about a particular book or genre. The Reading Agency and others have been really helpful in forging links with publishers for us, and soon the winning book will be announced. Wish us luck!

There’s also some very interesting possibilities to work with North West publishers on joint projects, combining the strengths and resources of both – potentially with a little help from Arts Council England – to make both stronger.

But then that’s the whole point of Time To Read. Separately, the library authorities, especially these days, would not have the resources to so easily do what the partnership can do together. By sharing best practice and linking together, the region can do so much. Hopefully, though, with all of this going on, there will still be time to read.